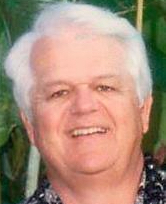 Reverend Dr. Rolf Scott Haasarud, 76, died Wednesday, April 13, 2016 at the Beatitudes Health Care Center in Phoenix from congestive heart failure.
Scott Haasarud was born in Elizabeth, New Jersey on March 28, 1940, the only child of Rolf Oliver Haasarud and Rowena Rice. Scott grew up in Berkeley, California and in 1962 graduated from St. Olaf College in Northfield, Minnesota.
At St. Olaf, Scott met his future wife, Jeannette Thompson of Eagle Grove, Iowa. Scott and Jeannette married in 1963 in the St. Olaf Chapel, and in subsequent years were blessed with three children. Scott is survived by his wife Jeannette E. Haasarud; daughter Kjrsten (Randall) D'Aubyn; sons Kevin Scott Haasarud (Kim) and Bryce Arnel Haasarud; and four grandchildren, Kiana D'Aubyn, Holden and Madeleine Haasarud, and Kayley Haasarud.
Rev. Haasarud received his Masters of Divinity from Pacific Lutheran Theological Seminary in Berkeley; it was during this time that he was introduced to Four Springs and its co-founder Elizabeth Howes, a relationship that fundamentally shaped his theological point of view. He went on to do his internship in Atlanta, Georgia (1964-65, a year of landmark achievements of the Civil Rights Movement), and his Doctorate of Ministry from San Francisco Theological Seminary. He continued his studies at the C.G. Jung Institute in Zurich, Switzerland.
After ordination as a Lutheran minister, Rev. Haasarud served congregations in San Diego and Pasadena, California and in Phoenix, Arizona. From 1986 to 1989 Rev. Haasarud was pastor of the International Interdenominational Church in Stavanger, Norway. After leaving Stavanger, Rev. Haasarud served for five years as the Executive Director of Holden Village, a Lutheran retreat and renewal center in the Cascade Mountains of Washington State.
Returning to Phoenix in 1994, Rev. Haasarud served as pastor for a local congregation, and then transitioned to Director of Spiritual Life and Programming at Spirit in the Desert Lutheran Retreat Center in Carefree, Arizona. He assisted in founding the Phoenix Friends of Jung, and was a vital member of the North American Retreat Directors Association (NARDA). At the time of his death, Rev. Haasarud was the Spiritual Director of Shepherd of the Valley Lutheran Church.
During his nearly fifty years as a pastor and spiritual director, Scott Haasarud enriched enumerable lives. He remained active until his final month, teaching courses and working directly with individuals.
A memorial service will be held on Sunday, May 1, 2016 at 12.30pm at Shepherd of the Valley Lutheran Church, 1500 W. Maryland Ave., Phoenix 85015 with reception to follow.
The family has asked that in lieu of flowers, donations be made to help commission a meditative station for the "Island of Silence" located at Spirit in the Desert in Carefree, Arizona. You may go to www.spiritinthedesert.org to make an online contribution, and reference "Haasarud Memorial" in the special instructions section. Visit hansenmortuary.com for condolences.